If you were stranded on a desert island with no connection to the outside world, you might have missed a rather significant event this week.  Obsidian Entertainment in partnership with publisher Versus Evil, launched Pillars of Eternity II: Deadfire on Tuesday. Excited fans of the original game are counting on Obsidian’s ability of creating a rich and compelling narrative delivered in the grandest of RPGs.  Deadfire’s deep progression mechanics, enhanced companion system, tactical combat and new exploration across land and sea, is an upgrade from this multi-award winning RPG studio.

“Pillars of Eternity II: Deadfire is the first sequel we’ve made to one of our own games. Building on the incredible foundation of the first Pillars of Eternity, we’ve been able to create an even more dynamic world with systems such as our open world approach to the Deadfire,” said Obsidian Entertainment CEO, Feargus Urquhart. “What’s been even more gratifying is the incredible support our community has given us over the years. Without them we would not have been able to create this amazing RPG.”

“Pillars of Eternity II: Deadfire exemplifies the sheer dedication and passion from the team at Obsidian Entertainment in crafting what will surely be one of the biggest RPG’s in 2018,” said Steve Escalante, Versus Evil’s General Manager, “Today, fans of the studio and the original game will be able to experience all the improvements, additions and upgrades to this classic RPG. We’re very excited to help realize Obsidian’s vision with their release today and look forward to seeing RPG fans around the world explore the Deadfire!” 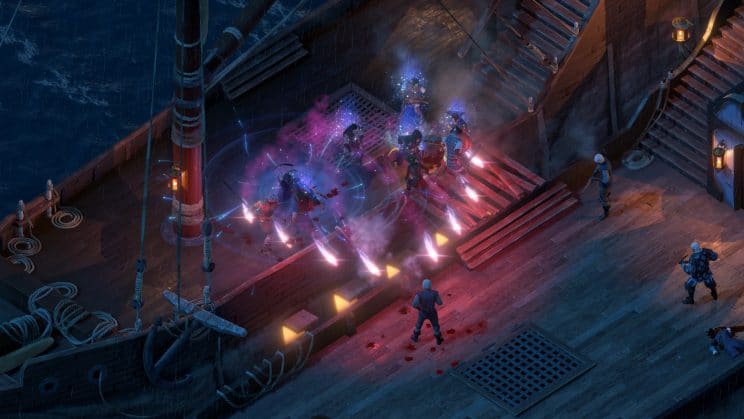 About Pillars of Eternity II: Deadfire

In Pillars of Eternity II: Deadfire players will embark on a dangerous voyage of discovery to become master of the seas as they command their ship across the new open world region of the Deadfire. Pillars II builds on the foundation of classic RPG gameplay with vastly improved graphics, deeper game mechanics and a whole new handcrafted adventure where choices truly matter. Players can immerse themselves in exploration and discovery as they navigate the rich and exotic Deadfire archipelago by ship, discovering new races, visiting tropical islands, interacting with their inhabitants and engaging encounters at every port. In Pillars of Eternity II: Deadfire players can be accompanied by companions, both familiar and new, and witness their personal relationships evolve with the new companion relationship system. Players can customize the path of their companions by assigning multiple classes and further specialize by choosing a subclass. 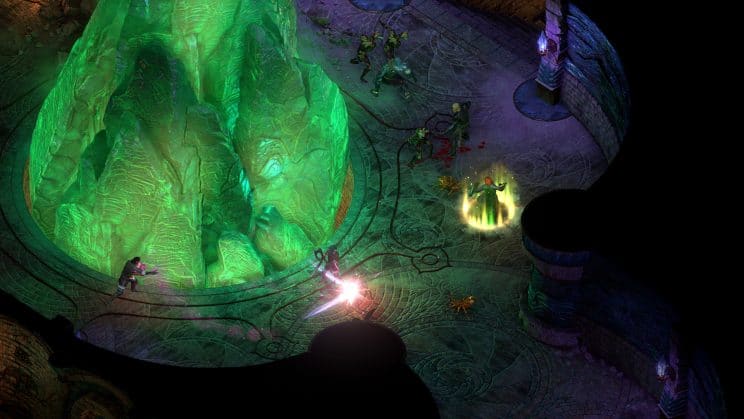 RPG fans can now purchase the Standard, Deluxe, and Obsidian Editions through Steam, GOG.com, Obsidian.net, VersusEvil.com, and at their other favorite, digital retailers. The physical Standard and Obsidian Edition of the game, which includes additional in-game content and physical items for gamers to enjoy, is available to buy at major gaming retail stores, published by THQ Nordic, such as Amazon.com, Gamestop, and other retailers around the globe.

The standard edition of Pillars of Eternity II: Deadfire ($49.99 – digital and physical) contains the base game, while the Deluxe Edition ($59.99) includes the game’s official soundtrack composed by Justin Bell, an in-game pet, a Deadfire themed special in-game item, a digital pen and paper RPG starter guide, a high-resolution game map and Volume II of the digital guide book, published by Dark Horse.  Taking a step up, the Obsidian Edition ($74.99 – digital and $79.99 physical) includes everything that comes in the Deluxe Edition as well as the first three DLC expansions for Pillars of Eternity II (normally $9.99 each), the first of which, ‘Beast of Winter’, will be available in July.