Focus Home Interactive and Cyanide Studio announced the pre-order beta for Space Hulk: Tactics will begin on Steam Tuesday, September 25. A faithful adaptation of the classic Warhammer 40,000 board game of Man versus Alien in desperate battle, Space Hulk: Tactics beta brings new twists to the formula along with extensive customization, two full campaigns, and much more.

In the latest trailer profiling the Genestealers, the festering malice at the heart of the Space Hulk, ready to cut down any and all Space Marine Terminators that come aboard. Their strategies and playstyle are completely different, creating truly asymmetrical multiplayer. Using their numbers and agility to their advantage, the Genestealers are a more aggressive force, but one with less options on how to handle each situation. 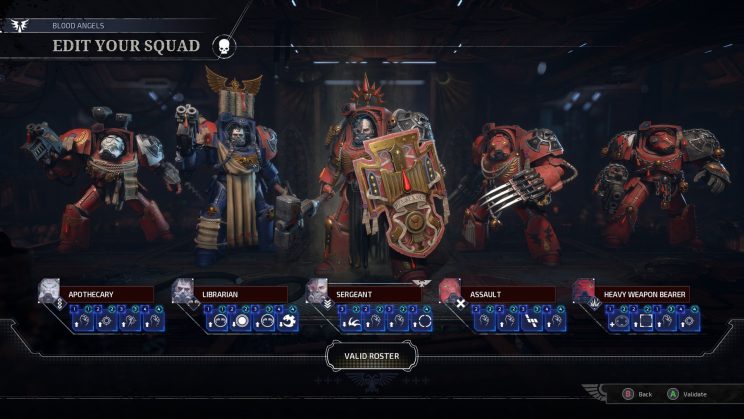 An innovative new card system gives players greater control over their forces, while two non-linear, narrative-driven campaigns tell a new, terrifying story in the Warhammer 40,000 universe. A full customisation system is available across four Space Marine chapters and four Genestealer Hive Fleets, letting you design your force down to the last shoulder plate or weapon hilt. A robust mission editor, inspired by the clip-together nature of building scenarios in the board game, means you can design, share, and play your own maps quickly and easily. 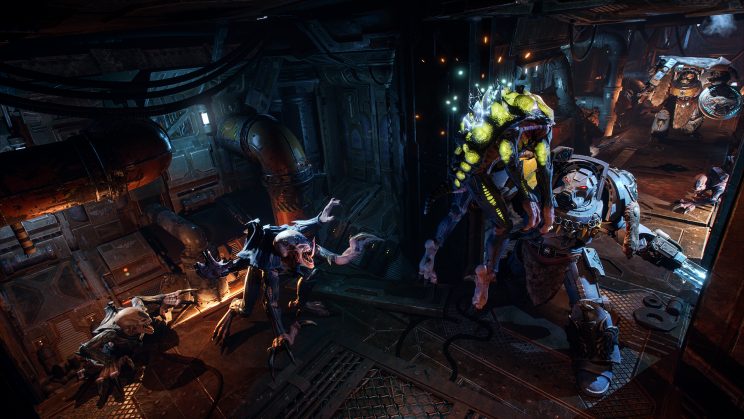 In the Steam pre-order beta, players can look forward to playing these Genestealers but also the Terminators, in skirmish and multiplayer across five maps. Also available is the full customisation system and the map editor, letting the creatives in the community get started early on new creations and master plans.

A preview of each faction’s campaign will also be playable, serving both as a tutorial and a taste of what awaits in the full game. Save games will be compatible with the release version, so players can immediately continue their mission on October 9. The pre-order bonuses will also be available in the beta, giving access to second founding chapters and other alternate versions of the base game’s Blood Angels, Space Wolves, Dark Angels, and Ultramarines chapters.

The pre-order beta will run up until the launch of the game, with regular updates to address bugs and balance issues as reported by the community. On launch day, October 9, players will gain access to more official maps as well as the two complete, massive single-player campaigns. All Steam pre-orders have a 10% discount up until launch and will give instant access to the beta, as well as the pre-order cosmetics.

The Space Hulk: Tactics pre-order beta begins September 25 on Steam. The game releases on Xbox One, PS4, and PC on October 9.

The hunger for a new deck continues Redrame Gwent: The Witcher Card Game
250 226,083