SCUM’s Wild Hunter update introduces an intense series of new features catering to the prisoners’ most primal urges. The update is highlighted with the introduction of basic bow and arrow skills for both hunting wild game and combat against puppets and other prisoners. Prisoners can put these new skills to use by tracking and striking new boars and goats roaming the island, then crafting their trophies into intimidating headwear or decorative spiked heads. Slow things down around the campfire with new musical instruments to play including a banjo, guitar, and harmonica.

One of the core features added to the Wild Hunter is the fully nude body in character customization. Also, added a slider for your phallus. The default size is 4 inches and you can increase its to maximum 8 or decrease it to the lowest at 1 inch. As with everything in SCUM, this attribute is connected so if you add points into length it will reduce available attribute points and if you reduce the size you will gain more attribute points to be used elsewhere.  (This can be turned off if you’re offended) 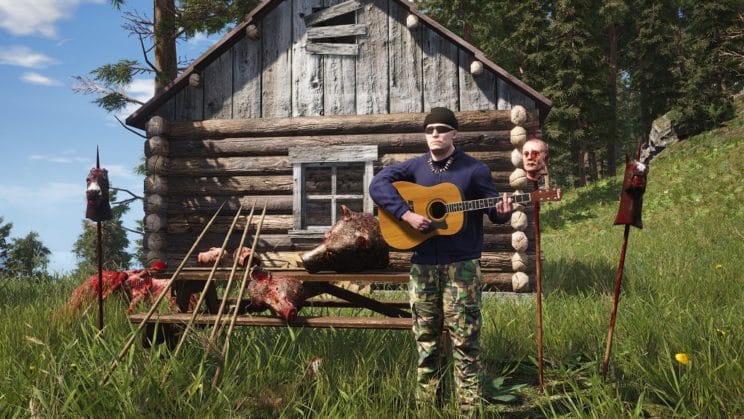 To read the complete patch notes, check out the official website or the Steam store page.