RUINER is a brutal action shooter set in the year 2091 in the cyber metropolis Rengkok. A wired psychopath lashes out against a corrupt system to retrieve his kidnapped brother under the guidance of a secretive hacker friend. Combine preternatural reflexes, augmented tools, and the arsenal of fallen foes to tear down and dismantle the corporate titans of virtuality dealers at HEAVEN. 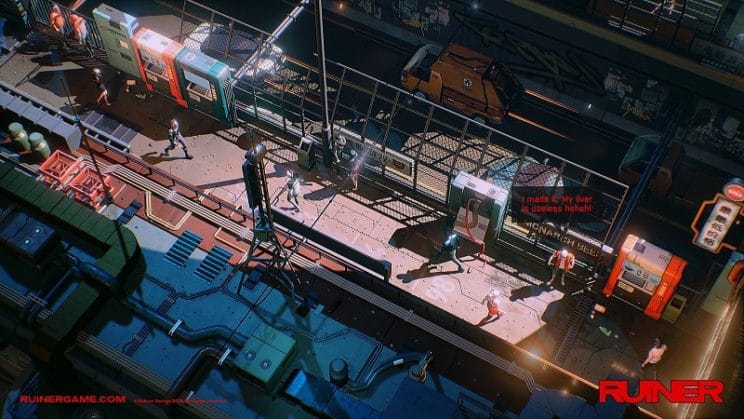 Reflexes will be put to the test as players take aim at HEAVEN, the monolithic corporation behind the entertainment networks bringing people real sensations in virtual worlds. The masked hero will utilise a fantastic array of weaponry and gadgets in concert with fluid movement and tactical strikes to save his kin and discover the hidden truths of Rengkok.

Cyberpunk Inspired Arsenal: Equip all manner of high-tech firearms and melee weapons to ruin all that oppose you. Employ state of the art gadgets like energy shield, dash augmentations, and the switch gun stun or hack the opposition onto your side of the fight. 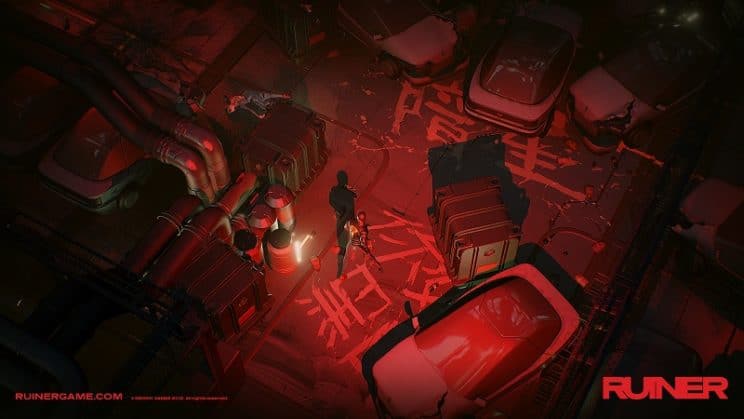 Story-Driven Action: Violent confrontation is a means to an end and trust is a devalued currency in Rengkok as you navigate a senseless world with the help of a mysterious hacker friend.

To read player reviews or more about the RUINER cyberpunk shooter, check it out on Steam.