Cast in the role of a “Headliner”, you operate as the chief editor of the country’s largest news publication. With great editorial power comes great editorial responsibility as you must decide what stories to run, meet your quotas, and keep your audience engaged. Controversy equals clicks, and with the world in conflict, it’s up to you to cultivate the country’s culture through the court of public opinion. 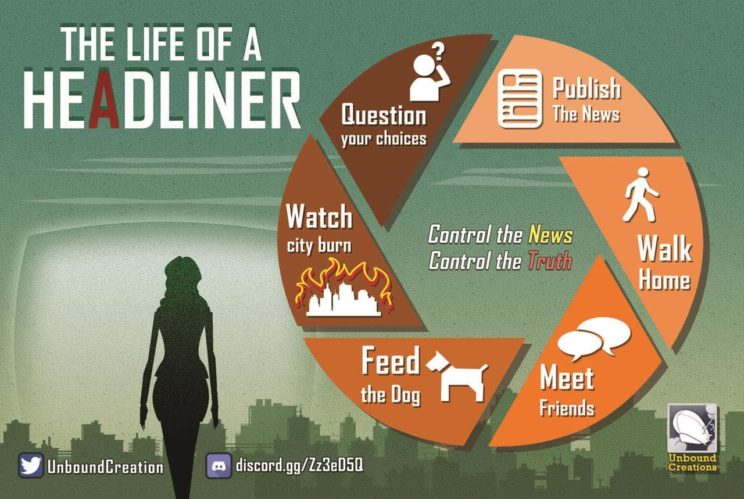 Much of Headliner: NoviNews is set behind your desk, but every night ends with your custom made avatar walking home, observing how the stories you ran influenced the public. Which politicians will they support? Will a riot break out? How will you report on said riot? With geopolitical tensions at an all-time high, it’s never an easy decision being the Headliner! Each playthrough will last roughly three hours, but with every decision you make drastically changing the outcome, you’ll want to sit back in the editor’s chair time and time again!

“Headliner: NoviNews offers a unique spin on the job sim genre with a timely take on the harsh realities of journalism. Perpetually tasked with predicaments that put your artistic and moral integrity in conflict with the capitalist need for clicks, you’ll have to navigate the messaging behind massive societal conflicts,” said Unbound Creations founder and director Jakub Kasztalski. “It’s a mad, mad world out there, and Headliner: NoviNews investigates the difficulties in bringing people together in a society predicated on juicy controversies that drive us increasingly apart.” 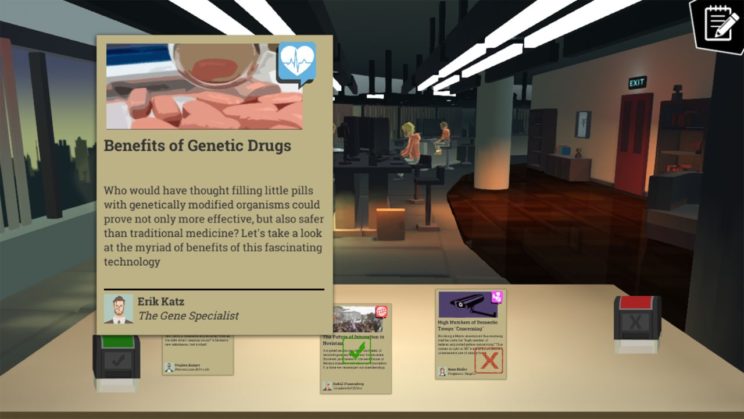 Headliner: NoviNews recently won the “Best Overall Game” of Intel Buzz Seattle, 2018, was a finalist for Best Action & Adventure Game at the 2018 TIGA Awards, and it was part of the Official Selection at PAX West 2018’s Indie Mega Booth and the same year’s Seattle Indies Expo.

To learn more or add the game to your Steam wishlist, visit the game’s Steam store page.  Additionally, you can join in conversation with the devs by connecting to their Discord channel.