Ammobox Studios has announced Eximius: Seize the Frontline closed beta starts the 2nd of August.  Visit their website at https://www.seizethefrontline.com to sign up for the beta and stand a chance to win an activation key!

About Eximius: Seize The Frontline

EXIMIUS is a FPS/RTS hybrid that focuses on squad-based combat. The game features an intense 5v5 multiplayer experience with each team comprising of 4 Officers and one Commander.

The RTS Commander has the ability to build bases, train infantry squads and assigning them to the Officers from a top-down overview. Manage captured resources and assign troops to support your allied Squad Officers as they surge forward to victory. Command vehicles, air support and dropship powerful abilities to change the dynamics of the battlefield.

FPS Officers will lead AI-powered squad members to deliver your team’s very own brand of firepower to the frontline. Skirmish with highly reactive opponent squads while keeping your own troops alive, capturing Resource Points to harvest money for further upgrades. 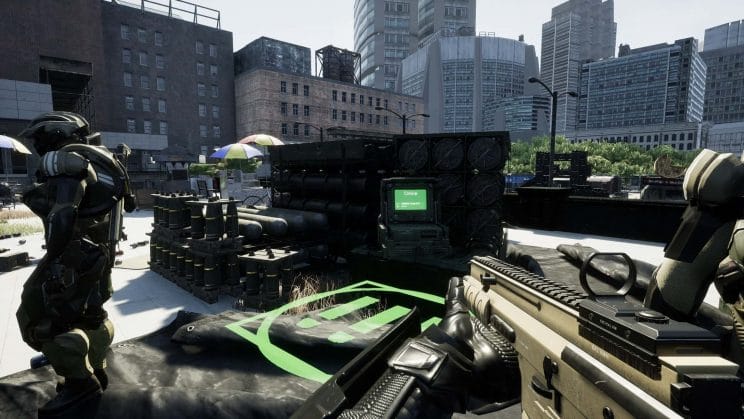 Players can look forward to highly dynamic symbiotic gameplay between the Commander and down-range operators while making high and low level strategic decisions that impact the flow of combat.

Built using Unreal Engine, EXIMIUS is expected to be available on Steam Early Access in September 2018.

The nominated RTS Commander is a FPS Squad Officer with the extra ability to switch to a top-down real-time strategy battlemap interface to build Base infrastructure, hire and assign AI-Soldiers, command Heavy Vehicle movement, deploy Dropship Upgrades and even summon Airstrikes. 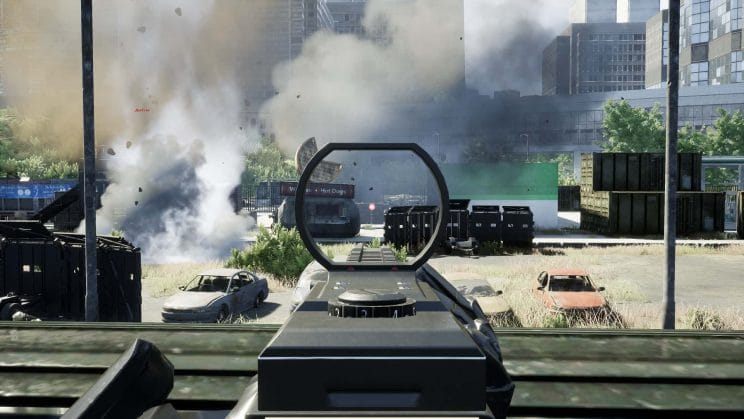 Utility Buildings such as the Armory, Turrets, Bunkers and even whole Barracks can be deployed anywhere on the map via dropship construction modules, allowing players immense offensive and defensive strategy options

Once a variety of assigned infantry are assigned to Squad Officers, the personal AI-controlled unit may be ordered to offensively or defensively, sensibly taking cover or rushing forwards to overrun demoralized enemy units. 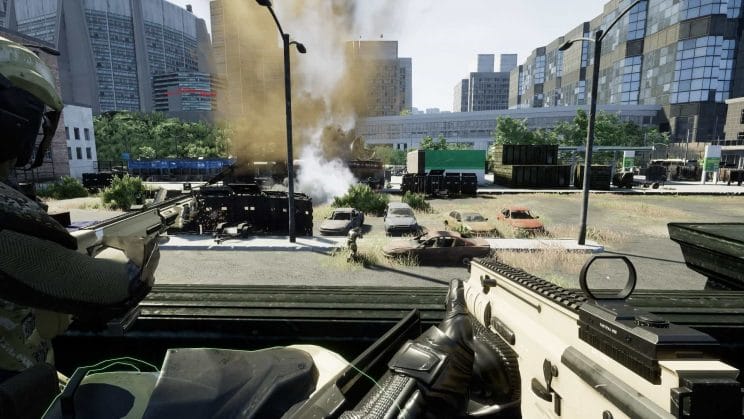 Players may switch combat roles, play style and tactics at any time by purchasing Weapons and Vehicles appropriate to the confrontation.

As the Team captures Resource Points at different map locations, they can construct increasingly powerful units such as Armored Vehicles, Gunships and Elite Soldiers; depending on the Tech Tree options chosen in the Lobby phase before a Match starts

The pinnacle of each team’s firepower is the legendary Battlesuit. Equipping battlesuits allow players to use powerful abilities, have increased stats and push the frontline further towards the enemy base. Officers will have several choices of Battlesuit, each with their own play style and set of abilities.