Dark Crystal Games announced the impending arrival of Encased Post-Apocalyptic RPG. This game tells the story of a disastrous research project inside an anomalous zone – the Dome – built in the middle of a desert by an unknown civilization.

Encased is an old-school RPG with a turn-based combat system. The story campaign will be approximately 25-30 hours long with significant replay potential. The player will be able to explore the game’s open world and make hard decisions that influence the plot. The world actively reacts to the player’s actions and changes constantly. This also works vice versa, as environmental changes within the game will influence gameplay style.

“Encased is our tribute to everything we love about famous RPGs from the 90s and early 00s. It’s like Fallout, Baldur’s Gate and Planescape: Torment mixed in reasonable proportions and enhanced by modern graphics, intriguing story, and breathtaking tactical battles. We are not trying to repeat the iconic games of the past – we want to make something even better.” 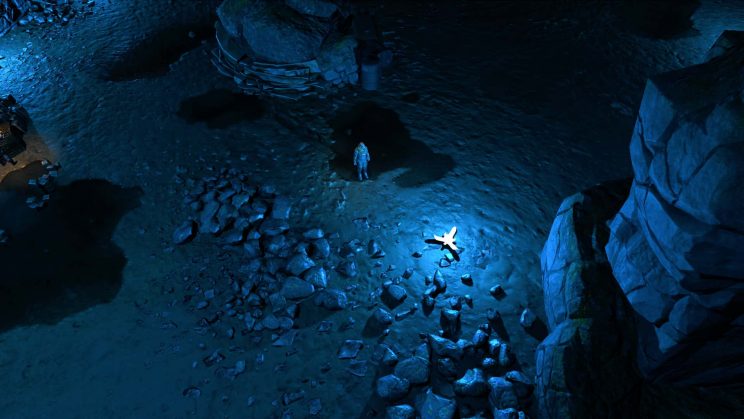 “While crafting the story of Encased, we relied on the rich literary experience of our accomplished writers and designers. We are making a game inspired by our favorite science fiction classics – Roadside Picnic, Annihilation, The Lost Experiment, and many others.”

The events of the game happen under the Dome – an artificial construction of unknown origin that is shaped like a sheer half-sphere with a small aperture at the top. The Dome is indestructible. Technology, items, and relics can be extracted from it, but people who enter the Dome cannot leave. Beneath the earth, yet more mystery awaits, as the Dome is just the cap of an enormous complex hidden under the sands. Ancient underground labyrinths contain bountiful artifacts, weapons and artificial intelligence systems that control the whole complex… not to mention lethal traps and curious anomalies that guard these riches. 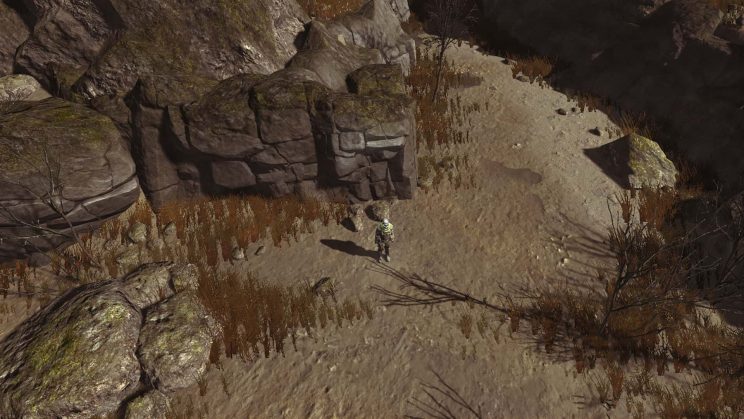 Research and exploration of the Dome are conducted by staff of the C.R.O.N.U.S. Foundation – an international corporation and a state-within-a-state. To the outside world, little is known about the inner workings of C.R.O.N.U.S. Those that sign up for a life within the Dome do not speak of their experiences, and those managing the Foundation from outside speak even less. Thanks to the bounty extracted from the Dome, C.R.O.N.U.S. have become powerful enough to hold sway over the leaders of the world. Now, the fate of the entire planet rests in the hands of the soldiers, businessmen, scientists and even criminals who comprise their ranks.

However, within the Dome, something is changing. Another power has arisen – something never faced by explorers before. As a direct result of actions performed by the expedition of the player’s character, an intelligent entity has awakened in the depths of the underground complex – an unstable AI nicknamed Maelstrom. Upon breaking loose, it will change the world under the Dome beyond recognition – all connection to the outside world is lost, and the denizens trapped within the Dome become desperate and split into warring factions. 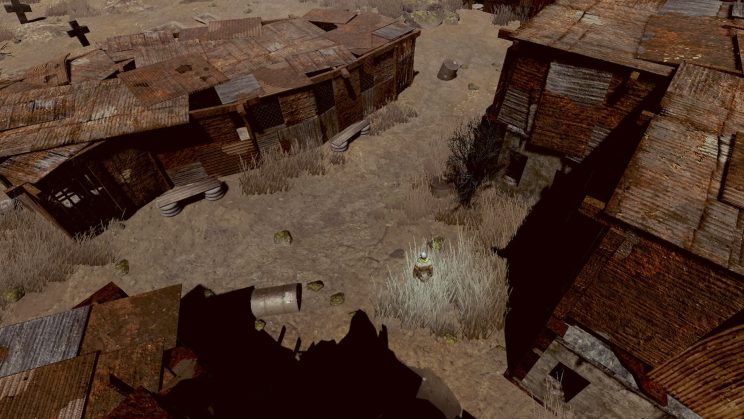 The combat mechanics of Encased are turn-based and battles have a wide variety of tactical options. The player will be able to target the enemy’s key fighters or the enemy’s support, exhaust the enemy, attack using the environment, use non-combat skills to weaken the foes, and more.

In developing Encased’s combat system, we are guided by the following principles: battles should be brief, dynamic and complex, each one a tactical puzzle with multiple solutions.

Experienced players will quickly notice similarities with Fallout and other classic RPGs. This will let the player quickly figure out the role-playing system of the game without reading manuals or failing builds. Layered on top of the familiar, we add our own system of perks and skills, forcing the player to make a complicated and interesting choice every time they gain a new level.

The unstable AI Maelstrom is one of the unique features of the game. Maelstrom is intelligent, it can interact with the player and even fulfill their wishes (but everything comes at a price, of course). However, Maelstrom is more than just a character: it’s an enigmatic power that destroys the minds of intelligent beings. Its influence is especially potent within the center of the Dome, so wise players will stick near the borders in the beginning of the game. In addition to the above, Maelstrom affects the performance of some skills and perks.

When committing crimes against society, the player character receives various penalties and begins to accrue a reputation: from ‘Petty Thief’ to ‘Enemy of the State #1’ or even ‘Threat to Humanity.’ Crime begets punishment. The player character can be fined, imprisoned and even executed. There are options to bribe judges, organize a jailbreak or pass the trial in the ‘Labyrinth of Death’ (needless to say, surviving this is a challenge).