“We challenged our players to get their squads back together and they answered the call with the highest number of players we’ve ever seen on current gen consoles and PC,” said Eric Hirshberg, CEO of Activision. “Call of Duty: WWII returns the franchise to its roots and the results are incredible, selling twice as many units in its opening weekend as last year and setting the day one record for full-game downloads on PlayStation 4. Our $500 million opening weekend was not only bigger than Thor: Ragnarok‘s, it was bigger than the opening weekends of both Thor and Wonder Woman combined. And we’re committed to supporting the community with continuous improvements and new content.” 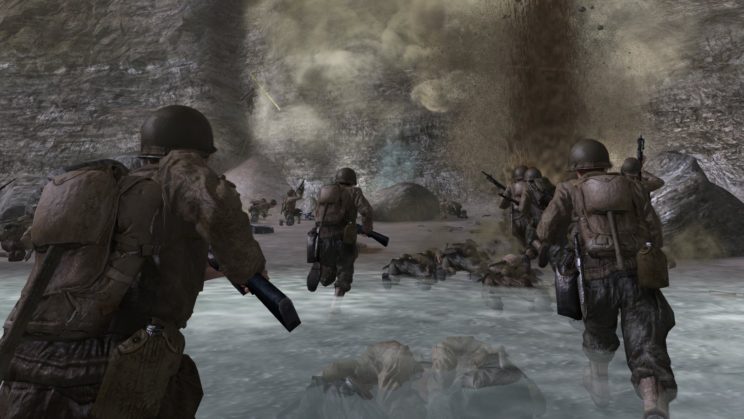 A Must For Call of Duty Fans

I pre-ordered this game and started playing the moment it opened up and I am thoroughly impressed.  As a PC gamer, I’ve seen the reviews on Steam and I’m pretty shocked, I don’t know what to think of those leaving negative comments.  I’ll be doing my own review shortly as I need to sample more of the multi-player content.  Regardless, if you own any Call of Duty games and enjoyed them, this is an absolute must!

Call of Duty: WWII is rated PEGI 18 and is now available for PlayStation®4, Xbox One X and Xbox One. For PC fans, the game is also now available on Steam.

The hunger for a new deck continues Redrame Gwent: The Witcher Card Game
254 225,954